Showing posts from January, 2011
Show all

See for yourself... and for the world too 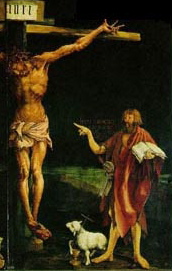 John 1:29-42 I guess I've always thought of the disciples as always knowing Jesus somehow. Or someone knowing him, anyway.  That he’d just always had followers, believers, as though the Church always just was .  Like your parents or grandparents, the stories you usually hear are from them already being together, stories of after the relationship began. But the really intriguing stories are the ones about when they met.  Before they knew each other. When she saw him across the dance floor for the first time, when his friend introduced her at a church picnic, when her blind date entered the restaurant or he laid eyes on his sister’s college roommate.  How did their story start?  When did they recognize that this was the   One ? Matthew, Mark, and Luke tell the story of Jesus in a certain way, they tell about his birth, and then his baptism and then the calling of the disciples, very orderly and matter of fact.  And the prophets foretold his coming, or his genealogy is there and so
Post a Comment
Read more 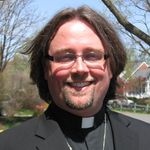 My friend, Chris Duckworth, a minister in Arlington, VA and blogger at  The Lutheran Zephyr , shared this in his sermon this morning, and I would like to share it here. A few months ago,     when comedians Jon Stewart and Stephen Colbert held a rally on the Mall,     a lot of people dismissed their efforts as little more than a publicity stunt     and thinly-veiled politicking just two weeks prior to the election. Part satire, part political demonstration,     these comedians lampooned our nation’s broken politics,     and assailed its hateful, vitriolic political rhetoric. Comedians did this, because few others had the guts to do so. And perhaps as many as two hundred thousand people attended,     to take a stand – and have a laugh doing so –     calling for our nation to turn down the rhetoric of vitriol and animosity,     to stop labeling political opponents as enemies and     to stop characterizing politics as warfare,     as if our elections were a matter of life or
Post a Comment
Read more

My Eyes Have Seen 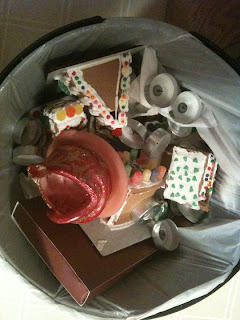 "Christmas is in the can" shared by Tonya Hansen Toutge Luke 2:22-40 (Isaiah 9:2-7) My neighbor is one of the most efficient and orderly people on the planet.   You could set your clock by her.   On Dec. 27 I waved hello to her out the front door while she carried organizing bins from her car to her house, and I had to chuckle to myself when I pulled out of the driveway at 7 am December 28 and saw her tree all bagged up and waiting on the curb.   I imagined the inside of her house, all quiet and pristine, vacuumed and scrubbed, ornaments and decoration tucked away on a basement shelf for next year and felt just a tad bit jealous. So, in case you hadn't realized, you can look at my neighbor's curb.  Christmas is OVER, people.   And with New Year’s Eve now past, we are ready to put it all behind us.   I’ve had about 5 containers of assorted Christmas cookies stacked in a corner in my kitchen, cookies that we look forward to all year, and which we ate heartily a
1 comment
Read more 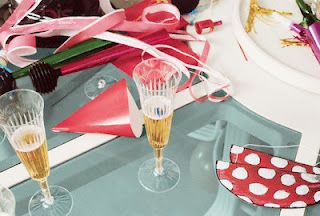 I always find this time of year fascinating, after we’ve gorged ourselves on Christmas cookies and overspent on gifts and we’re feeling a little bit gluttonous and a smidgen bad about the time with family – which we so look forward to and then it rarely meets expectations.   The time after , when maybe we’re slightly regretful for who we didn’t get to see and what we never should have spent what we wish we didn’t say.   The gray, damp January and February slush fills our margins in and we’re sweeping dead pine needles from under the couch and thinking we’d really like a fresh start. Perfect time for the American holiday season of Resolution.   Beginning January 1, (or a little before for those who like to plan ahead), our Season of Solutions kicks in full force.   Every diet pill, nicotine patch, organizing gizmo, life coach, heath club, lean meal, self-help book and storage container is on sale.   Right.   Now.   And for the next few weeks, you’re allowed to tell people how fat yo
1 comment
Read more
More posts